Former Secretary of State Henry Kissinger warned on Friday that the United States could be ‘on the edge of war’ with Russia and China, as the Biden administration grapples with its historically low relations with the two autocratic regimes.

I think that the current period has a great trouble defining a direction,’ Kissinger said.

‘It’s very responsive to the emotion of the moment.’ 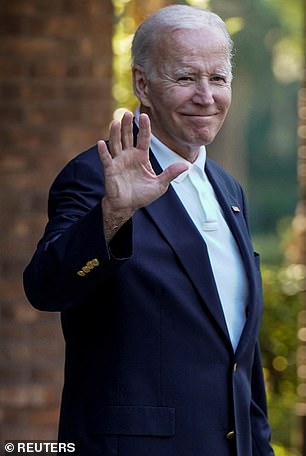 His warning comes just days after House Speaker Nancy Pelosi’s controversial trip to Taiwan, which was vehemently opposed by China’s government as a violation of the US’s longstanding One China Policy.

Even President Joe Biden and the US military made their hesitations with the trip clear, though it went ahead with very little advanced notice of the Speaker’s arrival in Taipei.

But Kissinger urged the Biden administration to hold steady to the diplomatic status quo, even amid bipartisan calls for the president to get tougher on Beijing.

‘The policy that was carried out by both parties has produced and allowed the progress of Taiwan into an autonomous democratic entity and has preserved peace between China and the U.S. for 50 years,’ Kissinger explained.

‘One should be very careful, therefore, in measures that seem to change the basic structure.’

His warning also came three days before it was reported early on Sunday morning that another Congressional delegation from the US, carrying both Senators and House lawmakers, is en route to Taipei.