Max Verstappen is only 24 years old but he’s been on one hell of a Formula 1 journey so far – and it’s only getting better.

Holding his biggest-ever title lead (93 points over Charles Leclerc) and in such superlative form that even winning from 14th on the grid in Belgium was barely a surprise, Verstappen arrives for a Dutch GP homecoming in the greatest position of his dazzling career to date.

It has been a season that has affirmed the paddock’s suspicions that the Dutchman has evolved into a complete F1 driver.

And that’s something that can be said of very few in the sport’s history.

“There’s seemingly no weakness now, which is ominous for the opposition, not just this year but in the future too.” 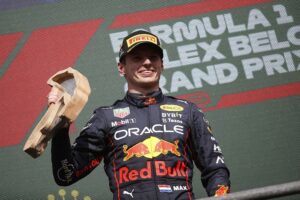